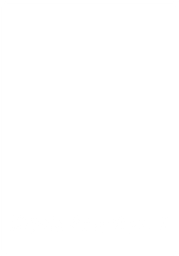 The distribution of light and darkness across

of association. Lighting draws our eyes towards places of importance or power, while simultaneously obscuring the peripheral and marginal. High-rise buildings structure light and darkness vertically

in ways that are associated with the stratification

of populations across socio-political divides.

and anxiety around high-rise living, such concerns and images are all but absent from the carefully designed and dimly lit towers that are being built today. The current global trend of intense vertical development brings the social and aesthetic

politics of vertical urbanism into question

and places darkness and artificial lighting

on the global urban agenda.

By attending to the variegated vernacular cultures

how the vertical development of London affects

the wider city. How do people living in and next

to high-rise buildings feel at home or not at home

at night? How is light used to make the city liveable at night? In response to these questions The Dark Preview brings together artists, writers, and urbanists to make visible the wider social and aesthetic politics of the vertical city.


The collaborative research project is led by Dr Casper Laing Ebbensgaard, Queen Mary University of London and Rut Blees Luxemburg, Royal College of Art in collaboration with the Geffrye Museum

of the Home and with support from Theatrum

Mundi, The Centre for Studies of Home and the Leverhulme Trust.

We learnt how to ignore the ghosts until we no longer had to. Reality had been edited on our behalf and architecture has always served an ambiguous machine.

spikes in the ground for?’

they won’t harm you.

They’re just there to keep the ghosts away.

Go back to sleep.’

My field of view is a little more than one hundred and eighty degrees, within which the boundaries

of my responsibility are restricted. Let me explain. Here, overall, there are nearly five thousand

square metres I hover above and within, my zone

of coverage, and from this vantage point

I, Apollyon, will see only so far. Beyond, very

beyond down below is a murk deemed irrelevant

for aggregation. It is information less useful

to me. Although I am aware beyond the murk

ghosts remain. Night vision provides a penetrative leer upon a prone body doused by neglect.
Behind a thick wall of glass mid-way up a braying mob can be heard, their glasses clink,
and in mocking rhyming verse, they distort

songs the ghosts had left behind, fashioning

them into bawdy victory chants, celebrating

Of course, the ghosts left our marble floors gleaming.
We shall thank them in absentia.

I asked her to bring over another bottle almost ten minutes ago. Did she understand me? ‘There is little time for you to speak dear so hurry, say your piece!’. She was, I thought, too busy dwelling

on the hint of a world we may have allowed her

to glimpse momentarily, but fortunately we moved swiftly and slammed it shut behind the thick

It was an accident.

A gravestone giving voice to the ghosts still looms blackly over the skyline. An app that allows a user

to edit and remove landmarks from their first-person world is currently in beta. Ghosts languishing in the murk with cheap canned poisons and fading memories mourn other ghosts that have been deposited as our ash clouds above. Through the smog of burnt corpses jut Apollyon’s towering ripostes, gleaming blades thrusting with malevolence, casting shadows over the

gravestone in the sky.

Power consolidated itself into a borderless mass

with lies tracking and twisting their way around,
chilling the bones of our ghosts.

Reflecting upon the recent surge in tall buildings across London, how do you experience this verticalization in your day to day life?

to Burgess Park. When entering the park by

the library at night, you get an amazing view

of the Shard, protruding luminously above

the top of the park. Tall structures have always provided navigational points in cities, and alongside their visual presence, structures

such as church spires also provided an auditory demarcation of neighbourhoods and territories; if you were born within earshot of the Bow Bells you were considered an East-Ender.

As the acoustic territorialisation of the city

has been drowned out by the noise of the modern metropolis, its verticalization has gradually relegated the significance of church spires

on the skyline and given way to new structures—like the Shard. Every time I cycle through

the park and get this view of the Shard my attention stops for a second. Even if I don’t

stop moving, my attention shifts and I am reminded of this expansive social configuration that I am operating in, and that I am part

of, which I find of great value.

What do you mean by an expansive social configuration?

The Shard takes on an object-like quality that doesn’t read like a building. It has a very science fiction-like quality. It doesn’t mean anything,

it doesn’t have any references to heritage or past. It is just an object created in and of

its moment. It doesn’t symbolise togetherness,

it is doing it, as an organising point of sight lines. From all other directions, up to several miles away people are looking at it—we all meet there without meeting. Ignoring for a moment the harmful political economic context in which

it emerged, my experience of the Shard is taken in purely as an object. Whether it is empty

is beside the point, it is a thing in itself that could have been built as a monument, as

a public landmark. I wish it had actually,

I wish the state could build with that ambition. Even the idea of the state building monuments

at that scale is a kind of science fiction.

There is something quite ambiguous about

the sense of ‘connection’ you express.

A lot of residents who live in high-rise buildings express a form of detachment from the streets below, a sense of cocooning away from the city, yet, in ways that are absolutely connected to it. The view of a skyline from a living room on the 20th floor is at once physically distant, yet, intimately entangled in domestic life. Those residents who live close to and therefore overlook large transport infrastructures – like the A13 that runs through east London – recount how their grey, mute daytime appearance morphs into

to the urban night.

The view somehow domesticates the city. Long exposure photographs of headlights running through cities at night have often been used to illustrate unsustainable forms of urban infrastructures and design, but when seen through the living room window on the 20th floor, that narrative is turned on its head. It reminds me of one of my earliest experiences of seeing such tails of headlights meandering through the hills of rural Norfolk where I grew up. When I was between 16 and 18 I used to go to these ‘free parties’ in secret locations—forests, fields, once I went to one in a quarry. We set off at approximately one o’clock in the morning from my parents’ house—I had a car, so on a couple of occasions I drove around and picked up people—drink a strong instant coffee and drive off into the night. Slowly, people met at junctions and cars pulled up, creating this long queue down a random country road. Suddenly, someone would get directions on their phone and everyone would set off. Now I am talking about it I have this vision of this chain of red lights just extending into the darkness rolling with the landscape, and it gave me such an incredible buzz knowing that all those lights were connected by that one event.

What you are explaining is like a temporary, civic infrastructure that brings life to the landscape through the shared sense of thrill, conviviality and of doing something together.

The lights do that, they give the darkened landscape this consistency. The serial repetition of similar elements such as the taillights organise the incoherent landscape into a form of social connection. In a similar vein, this is exactly what a skyline does to a city at night. It takes on a strange coherence as all the separate entities – lit homes, restaurants, signs, shops, streets – are reduced to the same form, which is why it is so imaginable. The city sheds its jaggedness at night and presents itself in a reduced form. There are fewer visual components and the city becomes not dissimilar to a scenography of images. The skyline is actually quite abstract to me, quite like a background.

We could say that the abstraction of the city makes it marginal to our attention. It provides landmarks that expand our attention upwards and outwards, yet, reside somewhere at the margins of our perceptual field—out of reach,

far away or high up there.

That marginal attention is super important at night. For example, when I cycle home from central London through Burgess Park, at night,

I always notice what stage the moon is at. There are no lights in the park, so I rely on it to see. Slowly, my eyes acclimatise to the darkness and instead of seeing by the city lights I start seeing by the light of the moon, which is incredible.

It snaps me completely out of the city. This shift, from navigating by the human-made urban environment to relying on the elemental is something quite special and I actually think that in some instances tall buildings, like the Shard, can provide that elemental quality so essential

to our peripheral vision.

When we travel through the city at night we are constantly moving through differently lit spaces that interrupt our sensorium and demand of us to adjust and make sense of these changes in light and dark. We have to improvise on the spot.

Suddenly our senses search around for means

by which to navigate a situation. This is not patterned in the same way the rest of the built environment is, which follows certain building codes, standards and regulations. Once you find yourself in a place like the park, on the canals

or you have turned down a​ different street,

your attention shifts and searches for new markers. Tall buildings often work as landmarks that provide a sense of location and sustain navigation.

Whether it’s the moon or a contemporary high-rise building, they provide an elemental quality through which we relate to our urban surroundings and the elements beyond. Which seems to lock horns with some of the current scepticism and critique surrounding high-rise development?

Absolutely! I am quite sceptical of the backlash against towers, or at least the wider critique of their symbolic and aesthetical impacts on the

so-called ‘character’ of the city. This argument drives policies that protect the views of St Pauls or existing low-rise areas and work in a blanket way across a whole range of towers, including those that are designed in more socially and environmentally progressive ways. If a new tower obstructs the view of, say, St. Paul’s from some neighbouring building then it’s quite obvious that the affected building will obstruct the view from somewhere else; it’s kind of relative. The argument has to be shifted: instead of raising concerns about their appearance we need to consider their utility and the kinds of life forms they enable. Rather than focussing on what high-rise buildings represent and critiquing their aesthetic impacts on the city, we should focus our attention on what they do and how they provide social infrastructures for urban life forms to unfold in socially and environmentally progressive ways. Considering their elemental qualities at night might provide a first step in this direction.